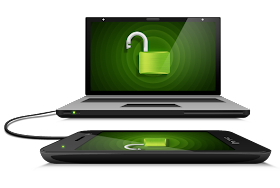 Owners of HTC devices might be a little confused when it comes to understanding the current method of numbering used by HTC to mark their software updates. Here you can find a short explanation of this matter.

First of all, we all know that HTC sells their devices all over the world. Every carrier and region of the world has some more or less different "local settings". By "local settings" I mean things like: emergency call numbers, languages, time-zone settings, network settings, carriers branding, GPS settings and more. Because of that each software for even the same device must be different.

Every HTC update has the following numbering structure:

a - the first number of the software. Normally it doesn't increase very often, but when it does, it usually means newer Android version.
bb - this number is also a software number. Increasing bb number means some more or less major update based on the same Android version, but sometimes it might even bring newer version of the HTC Sense.
ccc (also cc or cccc) - this is the number of the region/carrier. It has nothing to do with the software itself being newer or older. More details below.
d (sometimes dd) - the third part of the software version (the fourth one in the RUU name). Usually indicates some minor update with some hot fixes.

So basically, when you are interested in the software version, you should look at a.bb.d (3.20.ccc.3) because ccc (401) means only the region/carrier variant of the software.

Here is the list I was able to gather of possible RUU variants:

The list is quite long, and I'm sure there are still some some missing. If you know more variants, please let me know in the comments section.

The 401 and the 707 devices are usually the first ones that HTC prepare updates for. Carrier branded software is usually months after the WWE updates.

Finally, keep in mind that each software version is connected with the CID (Carrier ID) and MID (Model ID) of your device. That means you can't use whichever version you want, unless you have S-OFF on your device. Each ROM Update Utility.exe package will check your device details (bootloader version, MID and CID) before starting the update process.