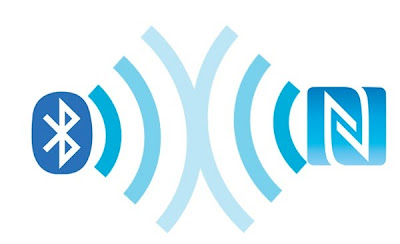 NFC is by no means a new 2013 invention, despite what the recent influx in NFC enabled phones may lead you to believe.

In 1983, Radio Frequency Identification was patented. This the earliest form of NFC, and features in contactless credit cards. A drawback of RFID was that it did not support two-way communication, which makes it less secure than NFC. In 2003, NFC was approved as an ISO/IEC standard; in 2004 Nokia set up the NFC Forum (which can be found <here>). Designed to promote the uses of NFC and ensure that new devices were compliant, the website now has over 170 corporate members including mobile manufacturers, banks and mobile network providers.

Unveiled in 2007 at the Consumer Electronics Show in Las Vegas, the Nokia 6131 NFC was the worlds first fully integrated NFC mobile device. This led the way for more NFC enabled phones, with 100 million shipped in 2012. In 2013, this rose by 156% to a total of 400 million devices globally. It is estimated that by 2015, 53% of phones will be NFC-enabled.

Bluetooth is an older technology than NFC as the name was adopted in 1998 - a full 5 years before NFC was approved. The Bluetooth SIG (Special Interest Group) was established in the same year to promote Bluetooth and gain corporate partners. The SIG was party to 400 members by the end of 1998, and by 2013 it has reached over 19,000 members, including high profile companies such as LG and Apple. The first mobile device to have Bluetooth was the Ericsson T36 in 2000, which allowed it to pair with the first headset which was also released that year. Now in 2013, over 20 million Bluetooth enabled devices are shipped per week, with the total number exceeding 2.5 billion. This means that Bluetooth is still much more widely used than NFC, although this gap is set to narrow substantially throughout the next 5 years. Bluetooth has gone through a number of advancements over the years and is currently at version 4.0, which is supported in Android 4.3. This is not new however, and has been around since the iPhone 4S. A detailed article on the inclusions of Bluetooth 4.0 will follow.

In terms of security, both NFC and Bluetooth are fairly secure. Bluetooth has a range of 9.75 meters (or 32 feet), while NFC has a maximum range of 4cm. This means that NFC has the edge, due to the fact that a hacker would need to be right next to you for an attack to work, while Bluetooth has a longer working range.

NFC doesn't come with built-in security measures, however the limited range offers great protection. NFC is also extremely sensitive to direction, and even a slight directional movement on the device will disrupt the signal. NFC is only active when it needs to be, meaning that even if you leave it on in your pocket, the NFC chip isn't actually functioning. This further increases security.

Unfortunately, NFC can be exploited in other ways. Take a smart tag in a magazine, programmed to open the webpage on your phone. A hacker can manipulate this and change the code to instead make it send premium text messages, costing you hundreds in a matter of minutes. The worst part of this is that you wouldn't even know until your monthly bill arrived. To avoid scams such as these, try to avoid using tags which aren't behind a barrier, as these are less easily accessible and harder to tamper with.

Another concern with NFC is privacy. When you pay for a product in-store, you are identified and your purchase information is stored. The shop then uses this information to send you advertisements based on products you may find desirable. The privacy concern is that shops can then sell this information to third parties, who may in return send unsolicited spam.

Bluetooth implements an authentication mechanism based on the SAFER+ block cipher. This means that when two devices attempt to connect, they will both need to enter the same numeric PIN code for the transfer or connection to take place. This ensures that a malicious connection cannot take place without the victims knowledge and acceptance. Two devices can be 'paired' which means that they will no longer require entry of a code. This is useful for allowing a trusted device to connect easily, but can open security risks if a paired device is compromised.

Bluejacking is the process of sending a file to an unsuspecting victim, which is usually harmless (like rick rolling) but can occasionally be malicious such as the ability to take control of a device and call premium rate phonelines. A number of Bluetooth vulnerabilities have been found in its history, however most have since been patched. A major bug in 2007 meant that a hacker could open a remote root shell on any Mac running OS X 10.4. This shell could then modify the contents of the hard drive, and reveal sensitive documents.

NFC allows a fast and easy connection between two enabled devices. The lack of authentication makes a file transfer as simple as quick bump. While this opens a security hole, it means that NFC is very easy to use, and requires much less knowledge than Bluetooth. Once turned on, NFC will be automatically enabled when needed, and doesn't require any further setup. One advantage of this is that there is very minimal battery drain with NFC left on. Bluetooth can drain an excessive chunk of power even when powered off. Bluetooth requires the entry of a PIN code first, and has many settings to configure such as device name and pairings. This ultimately makes Bluetooth file transfer less intuitive than the simple bump needed with NFC, however it ensures that transfers are secure.

(Note: most file transfers initiated using NFC take place over Bluetooth - NFC has no capability to transfer data bigger than a few short instructions or a small amount such as a contact card).

NFC transfers files at a maximum data transfer rate of 424 kbit/s, which is much slower than the theoretical 24 Mbit/s rate of Bluetooth 4.0. NFC is only suitable for small files, and Bluetooth shouldn't really be used for files over ~ 150mb. For large files, Wi-Fi Direct is recommended, which is a different matter entirely.

Bluetooth allows a connection to headsets and speakers: a feature which NFC doesn't support. This means that for people wishing to stream their music through their car speakers or headphones, Bluetooth is the only option. NFC simply lacks the range required and does not support audio streaming. Bluetooth is also used with smart watches, which display texts and other information directly on your wrist.

NFC can be used with tags. When the phone touches the tag it can activate a number of commands, which include opening an application on the phone, loading a webpage or even changing settings such as toggling Wi-Fi. This is useful as it means that 4G can be activated as you leave the house, and Wi-Fi can be turned back on when you enter, which can potentially save a lot of battery. In regards to battery life, NFC typically draws around 50mA of current when powered on. This is reduced by a couple of features baked into the Android OS:

NFC polling is limited to 10Hz, meaning the transceiver will only looks for tags at certain intervals and not consistently, which helps battery life greatly. This polling is completely disabled when the screen is turned off, which means that when your device is in standby, so is NFC. When the screen is merely locked, polling ceases but card emulation doesn't, which allows apps such as Google wallet to function.

NFC will generally consume minimal amounts of battery, with the general consensus being around 0.5% a day with no use, which wouldn't be missed. Bluetooth drain is slightly more, perhaps around 4% per day, however this is also barely noticeable in real world use.

In conclusion, I still feel that NFC has a long way to go before it will match Bluetooth, due to limited range and low file transfer speeds. It is easier to use than Bluetooth, however has limited use, only being useful for small file transfers. Bluetooth is great for streaming music to an external speaker, and for transferring files from a PC to Phone. Not many PCs have NFC, but all can be fitted with a Bluetooth dongle, and all Apple laptops have Bluetooth 4.0 inbuilt.