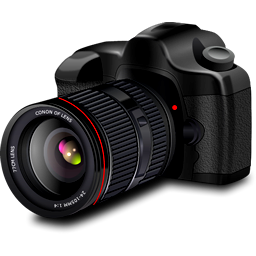 How many pixels do you need? This is a question many, many people ask and to be honest I think it's the wrong one. Let me give you a few numbers!

First of all, it's widely accepted that a monitor with more than 100 "dots per inch" or "pixels per inch" placed 18-24 inches from your face looks pretty good - with outstanding monitors at that distance having 130-170ppi. I'm also going to assume that the average monitor resolution is 1080p - that's 1920x1080 pixels in a 16:9 rectangle. This is actually quite generous but I've done that deliberately. Now when you're printing images on paper, it's generally accepted that 200ppi is "reasonably good" quality, and 300ppi is "excellent".


So - with a 4 million pixel image in a 16:9 arrangement, your image dimensions are going to be close to 2688x1520. If we divide that by 300ppi for printing we get a print size of 8.96" x 5.07". Call it 9" x 5" for round numbers and you're looking at an "Excellent" quality image bigger than most commercially bought prints which would be 6" x 4" or 7" x 5". Start blowing up from 9" x 5" and you're slowly going to start losing image quality. Pixellation will likely begin to occur at about 13" across. For displaying on a screen it's a completely different story: 1920 x 1080 pixels is about 2 million pixels altogether; and at the very best quality I've ever seen for myself (130ppi) that's a monitor size of 14.76" x 8.31" (about a 17" 16:9 monitor). So - if you display a 4 million pixel image on this monitor you're zoomed out so that half of the pixels in the image are never displayed. If you zoom in so that every pixel is displayed you can only see half of the image's area: but still at 130ppi you can't see individual pixels and the image quality is absolutely perfect. On my monitor at work, which is 22" 1680 x 1050 (90ppi) I begin to be able to resolve individual pixels with the naked eye when zoomed in to around 350% - where each image pixel is represented by 3.5 screen pixels on average.

So - let's use these as our ballpark figures; zoom in to 350% or print larger than 13" for individual pixels to appear on a 4 million pixel image.


Now, let's look at how the vast majority of mobile phone users use the photos they take. Please don't think of yourself or your friends here; think of the millions of people buying smartphones and how THEY use their pics. Look at Facebook, Flickr, Tumblr, Twitter, etc. That's right - MOST people - the vast majority - use the photos the way they come out. They don't edit, they don't crop, they don't zoom, they don't do any more than perhaps a bit of red-eye removal. And how are those images distributed in the main? They are very rarely displayed at their full size (in fact Facebook almost never even holds the pictures at full size but "processes" them in a way which removes massive amounts of detail and image quality to save storage space). Most places (Facebook included) allow you to choose a range of sizes to upload at, to optimise data traffic and storage space use.

So - the image you see on the screen is usually displayed to you at 600-1000 pixels across - far less than the original photo. At this resolution, a photo taken at 13 million pixels and a photo taken at 2 million pixels will look EXACTLY THE SAME. There is simply no way to see the original detail because making the picture that size has destroyed it - and if both are now the same width with the same scene depicted the remaining detail in the picture is also the same. 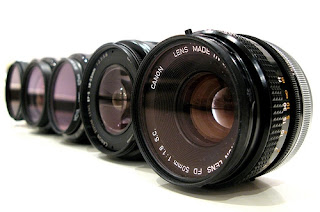 Now - there are a minority of smartphone camera users who shout "but I crop, zoom, edit my images - 4 million pixels is not enough!". I don't want to make fun of those people but - if you take a photograph so poorly that the image you want from the original picture is 30% or less of what you photographed, you're doing it wrongly. Take the photograph you want in the first place rather than taking a wider scene and then cropping it down to a postage stamp. Move closer to the subject and frame it properly. If you can't move close enough that the subject is easily visible in the frame, then a smartphone camera is the wrong tool for that image. Use a camera with a nice big lens, optical zoom and a nice big sensor. Smartphone cameras were (and are) intended for quick opportunist snaps; although a skilled photographer can capture some outstanding images with even a 4 million pixel smartphone camera because they're a skilled photographer. For examples of what I mean, look up Colby Brown who uses smartphone cameras to take many of his unbeatable images. All are displayed on his site at 1140 pixels across and yet they look absolutely fantastic regardless of the camera he used. Another up-and-coming digital photographer is Craig Fish who also uses a 4MP smartphone camera for many of his shots.

To prove my point, here are links to one image which has been progressively halved in size until the smallest one is HALF A MILLION PIXELS. I challenge you to see the loss of quality without zooming in... until you get below the resolution of your monitor.

This article is also to be found on its author personal blog.