The Beating Heart of the All New HTC One (M8): Qualcomm's Snapdragon 801 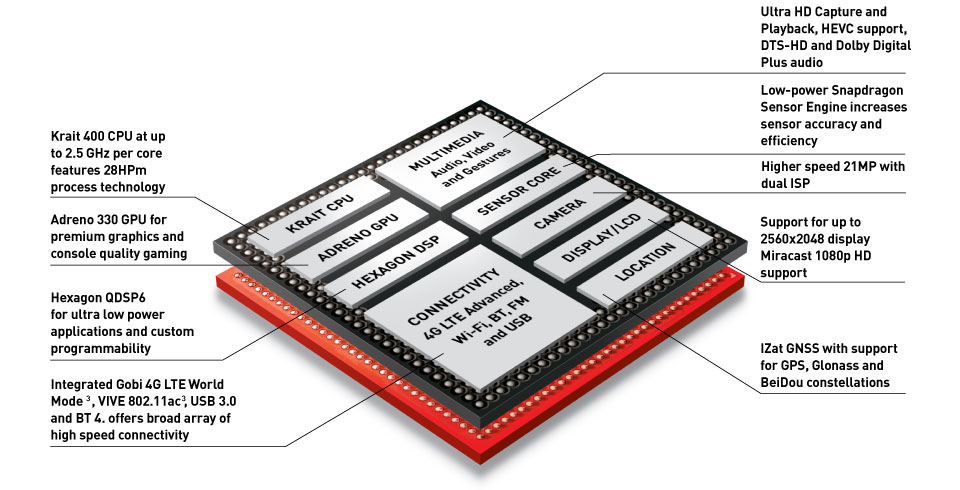 At the centre of any HTC is the processor. A combination of CPU (general processing) and GPU (graphics processing), the modern processor is a marvel of miniaturization and integrated technology. Many of you spec-loving types have been drooling over the forthcoming Snapdragon 805 that was announced at CES in January. This is a powerful processor, but it's also one that isn't ready yet in mass quantities - that's the reason why it's not in the HTC One (M8). Qualcomm is great at pre-announcing their products to create consumer demand, which then helps them with orders from the companies that buy their products (such as HTC).

The Snapdragon 801, the processor in the new HTC One (M8), isn't just a warmed-over Snapdragon 800. It's has some significant improvements over its predecessor, including:

What does all this technical talk amount to? The HTC One (M8) with the Snapdragon 801 processor will be the fastest, most powerful phone HTC has ever created. Having used one for a couple of months now, I can genuinely say it's the fastest HTC ever. It just screams.
Anandtech has a great article covering this in even greater detail; for reference, the HTC One (M8) coming out in Asia will have the MSM8974AC clocked at 2.5 Ghz, while the rest of the world will have the MSM8974AB clocked at 2.3 Ghz. Other than the 200 mHZ difference in clock speeds, the chips are otherwise identical.