Cameras in Phones - what do we really need? 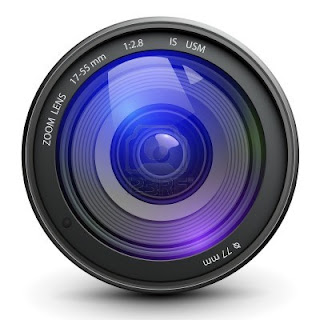 An awful lot is being said about mobile phone cameras just lately; and we have HTC to thank for opening the conversation with the introduction of their HTC One which has half as many pixels at twice the size of anyone else's. Before we begin I'm going to get some ground rules. I won't use marketing terms; so I will talk about how many pixels a camera sensor has, and what size they are. You won't hear me talking about mega- or ultra- anything. Next is that I will show my meaning with diagrams - I'm a visual person and it helps me to explain. Please bear with me on this post; there's a lot to read but it's worth it at the end.

A digital camera uses a lens to focus an image onto an oblong of special material which has a number of sensors on it; each sensor is called a pixel and usually contains three sub-pixels; a red, a blue (actually two blues but don't worry about that) and a green one. Each of these sends a signal to the camera depending how much light of that colour is falling onto it. Bigger pixels produce a bigger signal for the same amount of light than smaller ones. When signals are small, the amount of noise (erroneous signal levels produced simply by electrons moving around) is a bigger percentage of the whole signal because noise is a constant backdrop. When the signals are bigger therefore, it's easier to pick out the signal, from the noise. More noise means that the signal produced by a smaller pixel is less accurate which means the final photo may not have exactly the same colour from each pixel receiving the same light.

Camera sensors line up their pixels in rows and columns - and the camera's rating is often quoted by counting them. For instance a 10MP camera contains ten million pixels (roughly). These are arranged in a rectangular grid with a side length ratio of 16:9 - so that's 4213 pixels across and 2370 pixels high. If you have a sensor which is 7mm across, each pixel is 7/4213=1.662 microns across (microns = thousandths of a millimetre).

In the real world, standard sensor sizes and pixel sizes exist; a 13 million pixel camera in a phone will have pixels about 1.1 microns across; this gives a sensor width of about 4.55mm (there are 4128 pixels across the image). In the HTC One, the best photos are 2688 pixels across, and the pixels are 2 microns across giving a sensor width of about 5.4mm.

Now we can start looking at construction. Take a look at Figure 1. This shows a camera with large pixels - the lens is focussing the image onto an area exactly the same size as the sensor. In Figure 2, we gave the camera more pixels (which really does give more detail in the image but at the expense of noise and grain - and also less sensitivity at low light levels). Of course; straight away you want more, BIGGER pixels. Figure 3 shows that if you make that happen, the image doesn't cover the whole sensor; the light falls on a little bit of it. So - in Figure 4 we move the sensor further away to ensure the image covers all the pixels.

Figure 3 - 8 million large pixels with no other changes

Figure 4 - Sensor moved away, but the lens size is unchanged.

However; the same amount of light, entering the lens, is now spread over a wider area: this dims the light hitting each individual pixel, which reduces the signal output and increases the noise. The only way to change this is to make the lens bigger - the aperture wider - so that more light gets in. This is shown finally in Figure 5.

So - how far back do we have to move the lens? Simple trig shows us the answer. Imagine the "field of view" of the lens is about 60° (not unreasonable): the light coming in from the left and right cross over in the centre of the lens and make a triangle with the sensor as the base... an equilateral triangle is formed with all angles at 60° and all sides the same length (let's call it 5.4mm to stick with the HTC One's sensor size). So the lens must be 2.7mm away from the sensor. If we now make the sensor an 8MP one (3800x2140 pixels) that gives a width of 7.6mm - the lens still has a viewing angle of 60° so that means the sensor has to be 3.8mm away from the lens. Obviously I have used 60° as the lens viewing angle because it makes the angles, sines and side lengths easy to calculate - the numbers are probably quite different in real life but you get the idea: to get double the megapixels you have to move the sensor further from the lens, which means you need a bigger lens to gather the light needed to adequately illuminate it. Lenses very rapidly increase in price with size - a lens 4mm across instead of 2mm might cost three or four times as much. (BTW - the large circular opening on the back of the phone is NOT the lens; the lens is the tiny dark speck in the centre of it).

In practical terms for a smartphone? This means that, to get an 8 million pixel camera, with pixels 2 microns across, your phone would need to be about 16-18mm thick (at least at the camera's location); and the phone would cost upwards of US$1000 - possibly even more - JUST because of the lens.

This isn't something which can be corrected with better design, or better lenses; the only way to mitigate this increase in size and cost would be to make smaller pixels which had the properties of larger ones - and that my friends is the nirvana of a pixel scientist! The very best technology available is going into these phones - and with today's tech we're stuck with these limitations. In another article I'll talk about why I believe 4MP at 2 microns across is enough.

This article is also to be found on its author personal blog.