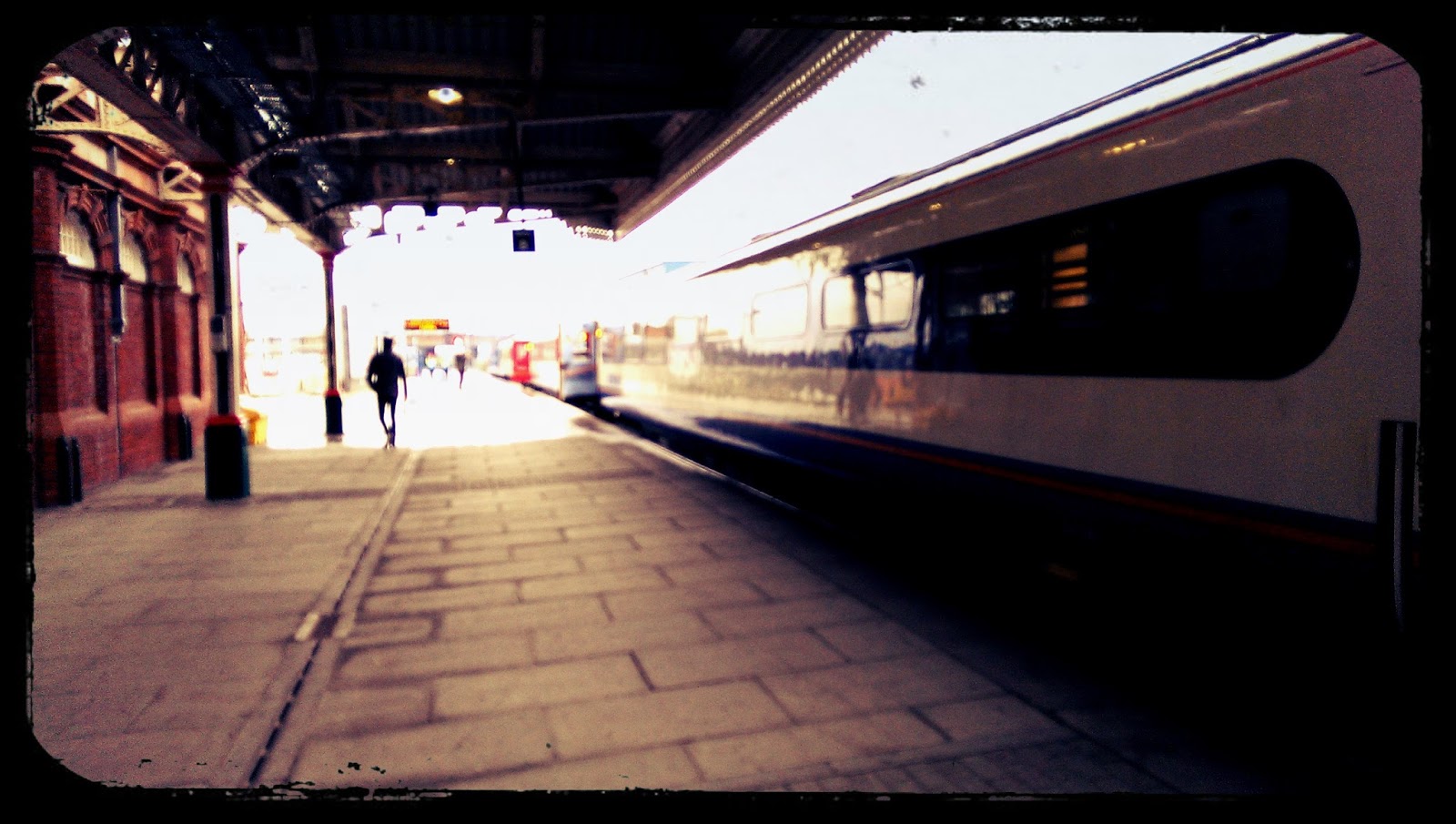 It was damp and cold when I got to the station; a 20 minute walk in the drizzle. I didn't care - the excitement I was feeling was a bit silly really - I felt a bit like a Belieber going to their first concert. Where I was actually going was to The Olympia conference centre in Kensington to see the HTC One M8 unveiled. I was one of only 20 HTC Elevate Members chosen to attend this event, so I was feeling privileged, excited, apprehensive about meeting new people, and also not looking forward to the length of the day. The train arrived on time, and I headed to the Parcel Yard pub at Kings Cross - where I met up with most of the other Elevators who were going to the Event. We then got on the Underground and went to the venue; where we were pretty much fast-tracked through a registration process and led to seats at the front of the auditorium. 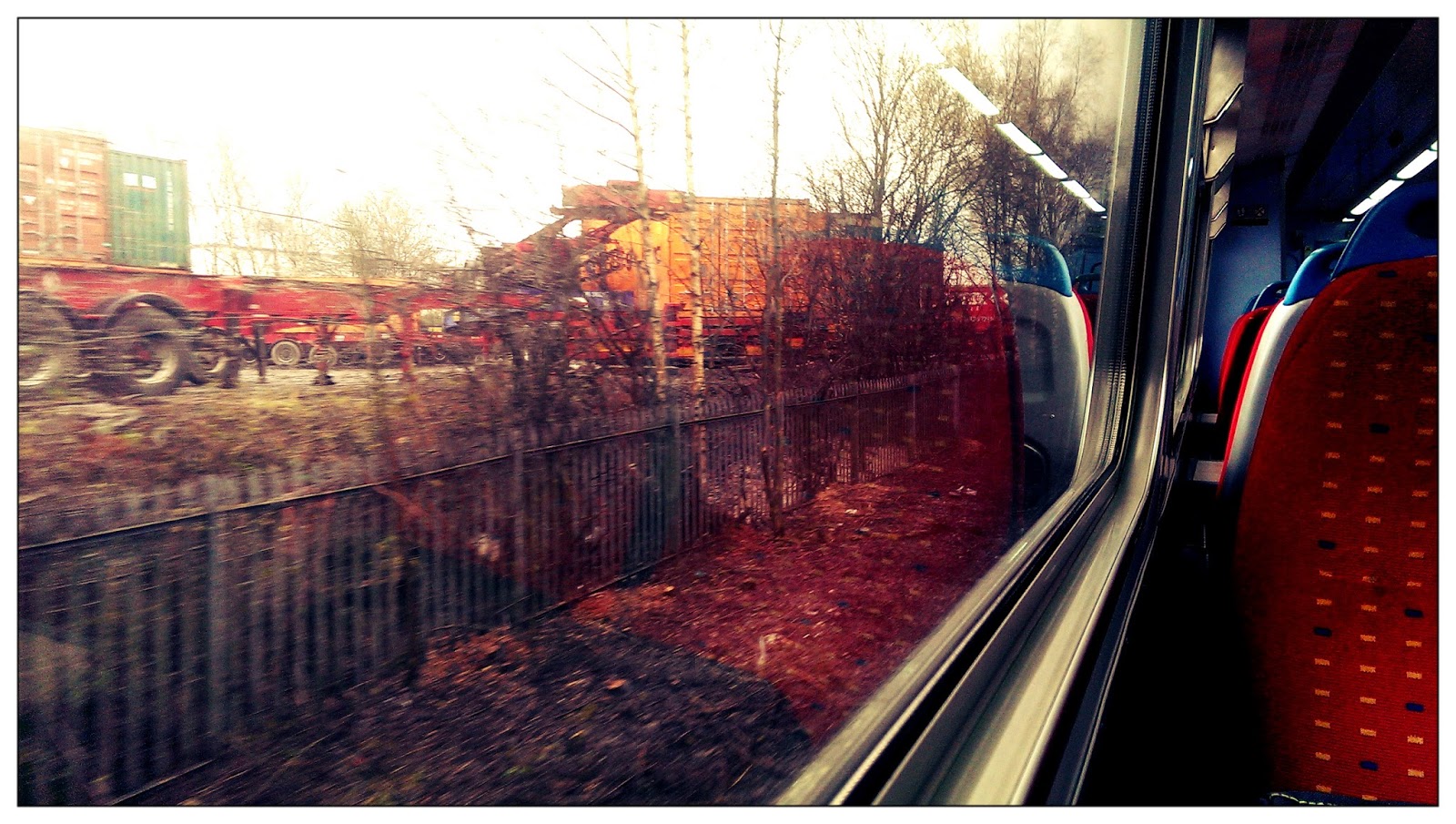 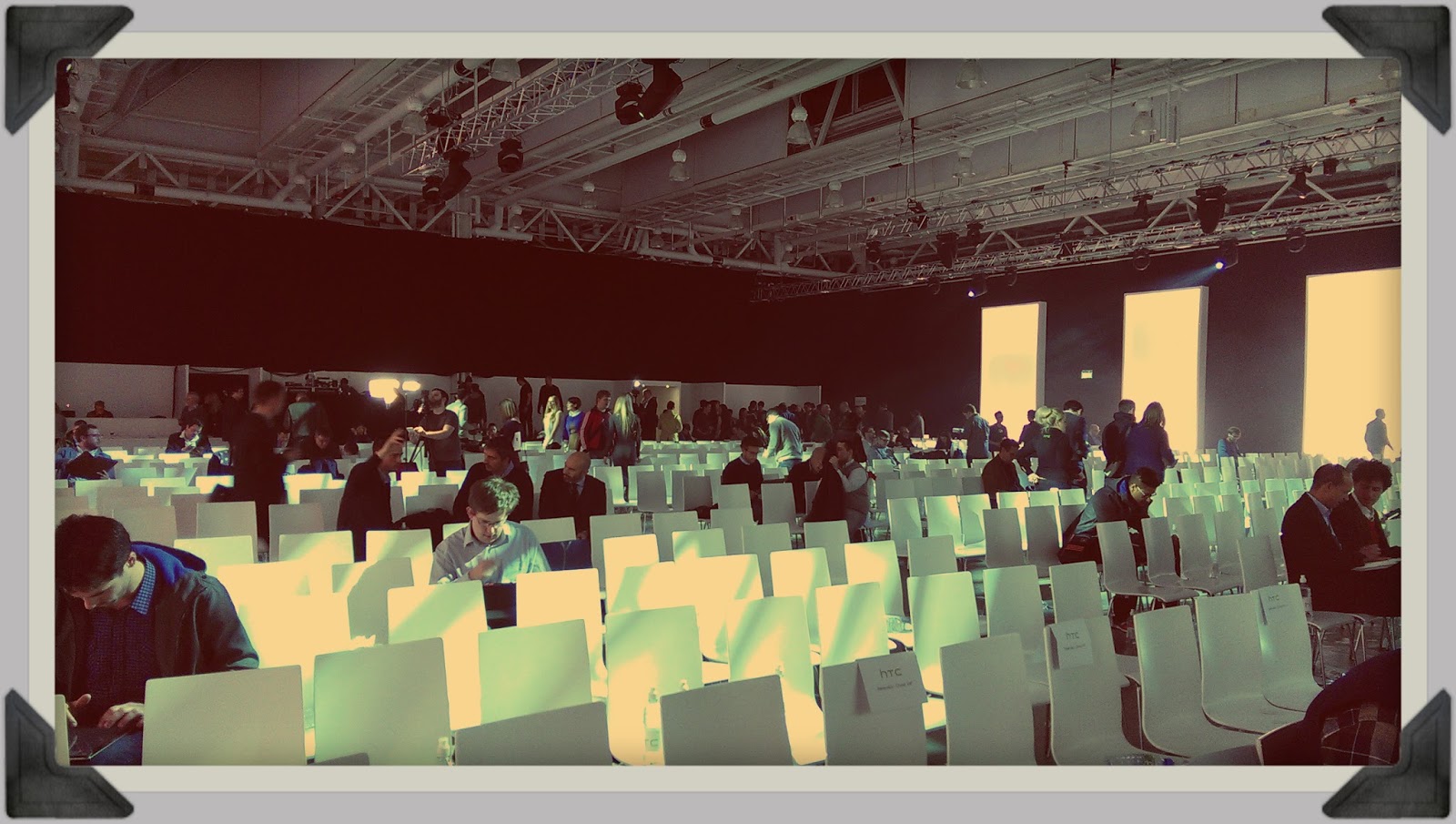 This was a much bigger venue than last year; massive black cloth drapes and moody lighting were accentuated by a thin fog of fake smoke. As we entered the main room there were a good few hundred seats all full of reporters, VIPs and other guests, and of course Laura Kimball with her trusty intern sidekick Britt. We had seats on the very front row, right by the stage. Kevin, Dan, and myself got logged in on our phones and connected to the Hangout that Mike was hosting, and started filming straight away. There was quite a wait until it started but once it did, Phil Blair, HTC's EMEA President, introduced the show and what HTC were thinking about when they designed this year's phone; and then brought on Cher Wang who clearly showed her passion for great devices and great user experiences. Once she had wowed us, she brought on Scott Croyle, HTC's design guru, to tell us about the phone itself, and all its new features. 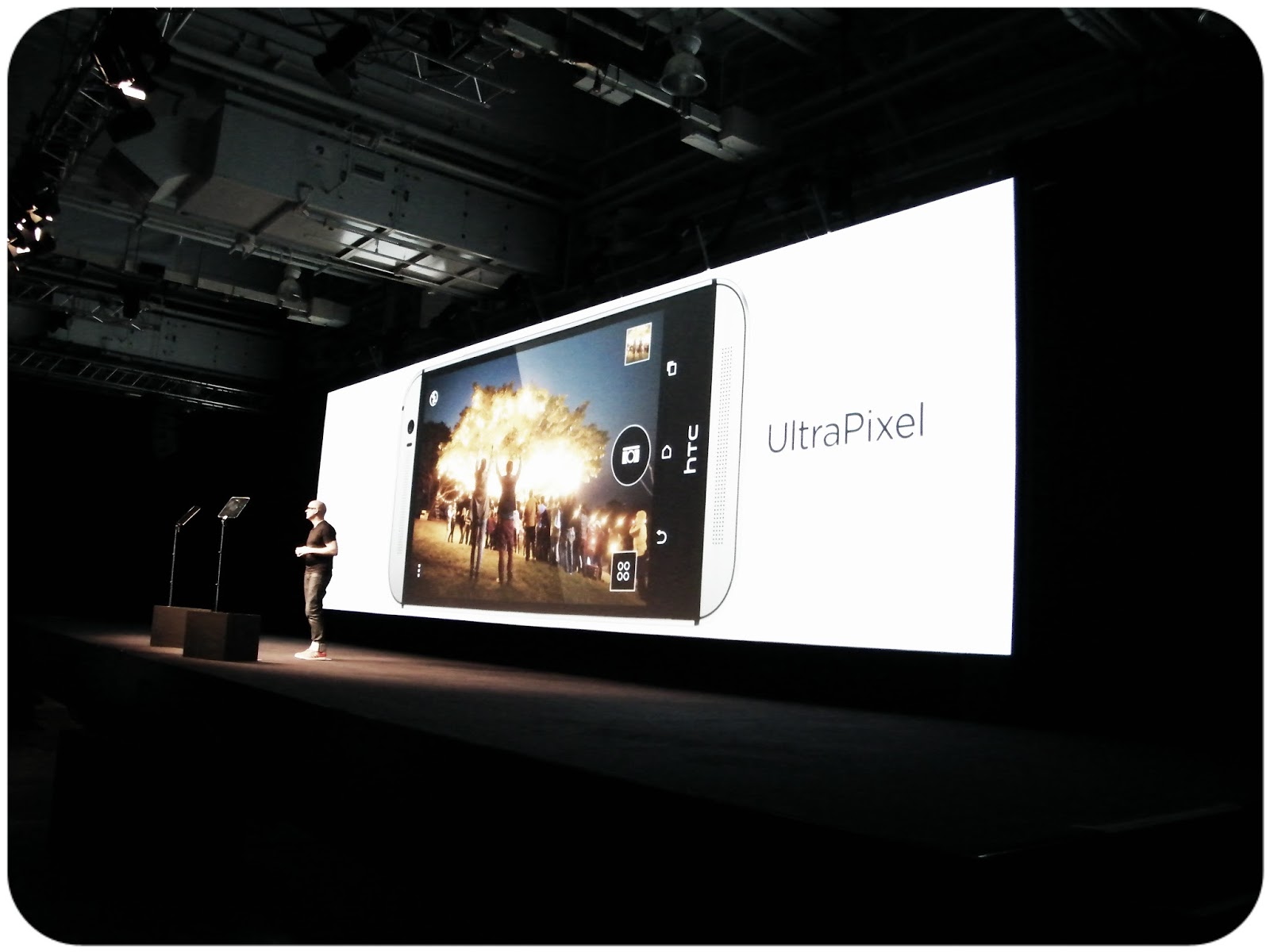 All this was interspersed with loud music and great graphics on the huge screen behind the stage. The whole atmosphere was one of excitement, and joy, and passion - showing just why HTC make such great devices for the user, whether they be casual users or massive tech geeks.

Key points that I took away about the phone are the massively improved camera which even allows setting apertures and shutter speeds; new features enabled by the second rear camera such as refocussing after the photo is taken; improved boomsound performance; and lots of little doo-daddy bits to make the user experience even better than Sense 5.5 was. 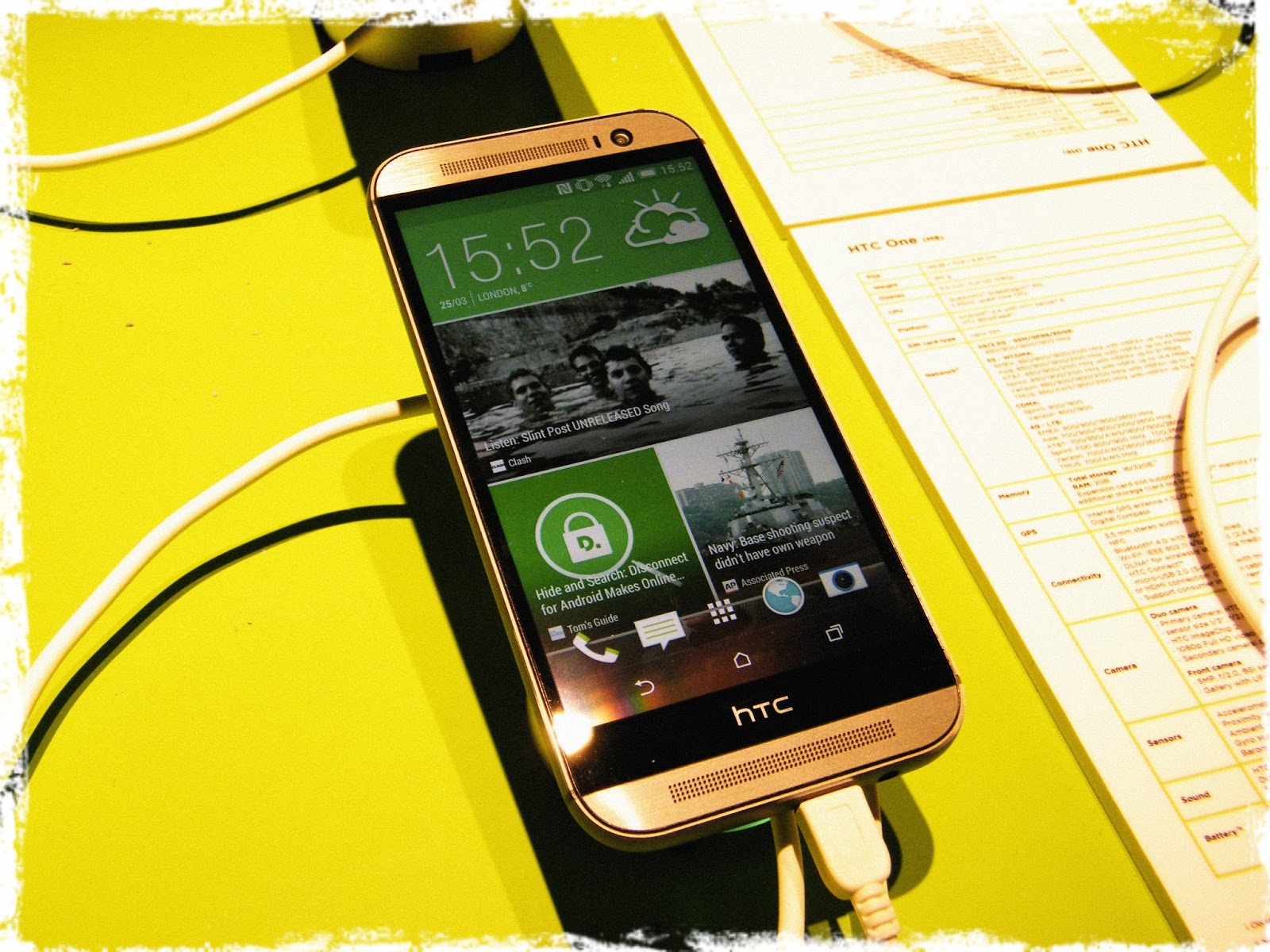 After the main presentation, suddenly the drapes at the side of the main hall were pulled away, revealing an area as big again as the hall, but filled with benches containing  dozens and dozens of demonstration phones. Some were simply set up so you could play with the phone itself, whereas some benches were set up specifically to showcase specific features - one for the camera had models standing and posing for people to use the cameras on; the ones for HTC TV demos had actual televisions lined up in front of them etc. All the time, staff were approaching us with Canapes and drinks. There were more than enough demo phones to go around, the event seemed to have been very slickly organised. Towards the end we saw staff wandering around with signs to assist journos wanting buses to airports and so on. 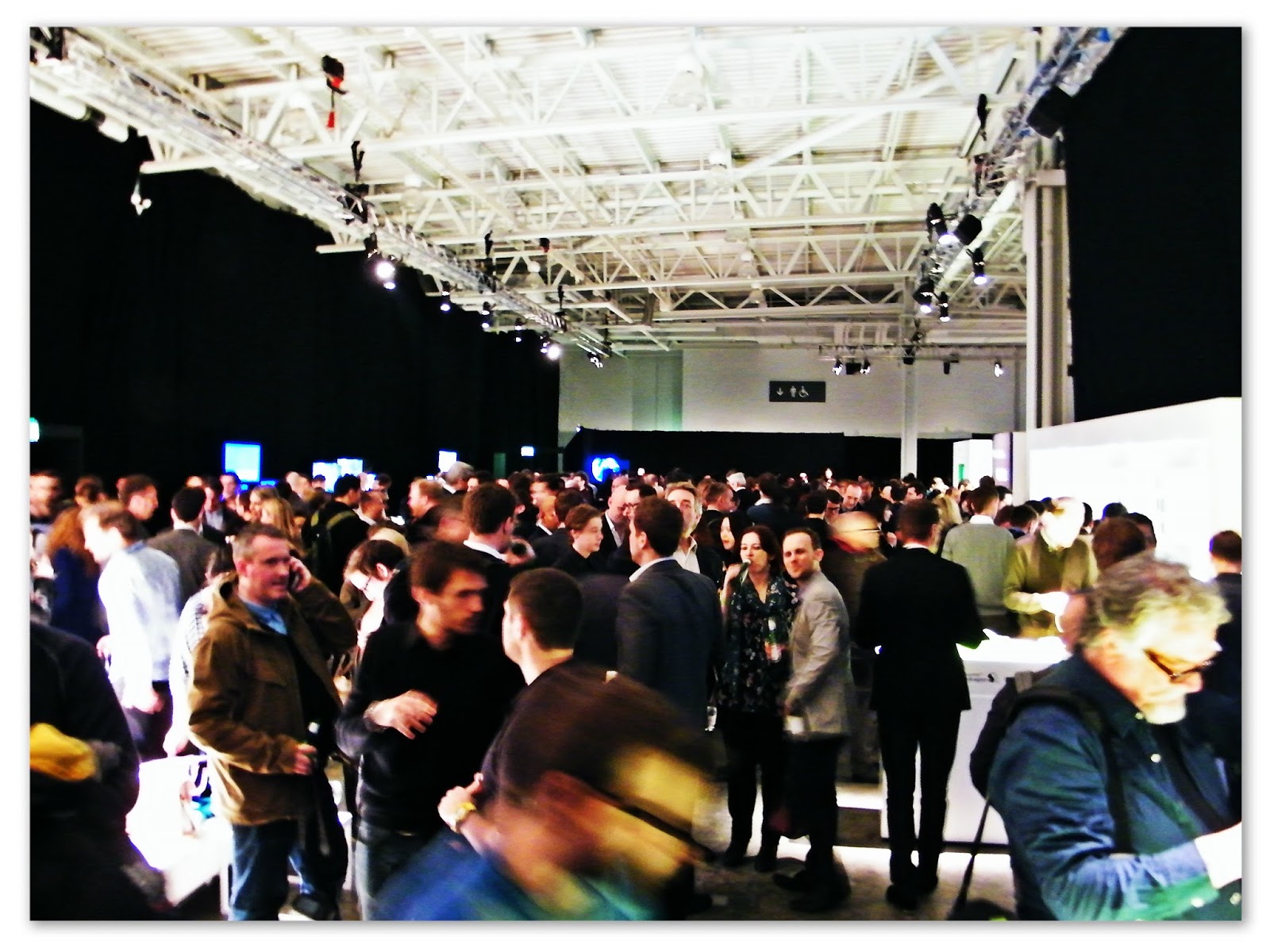 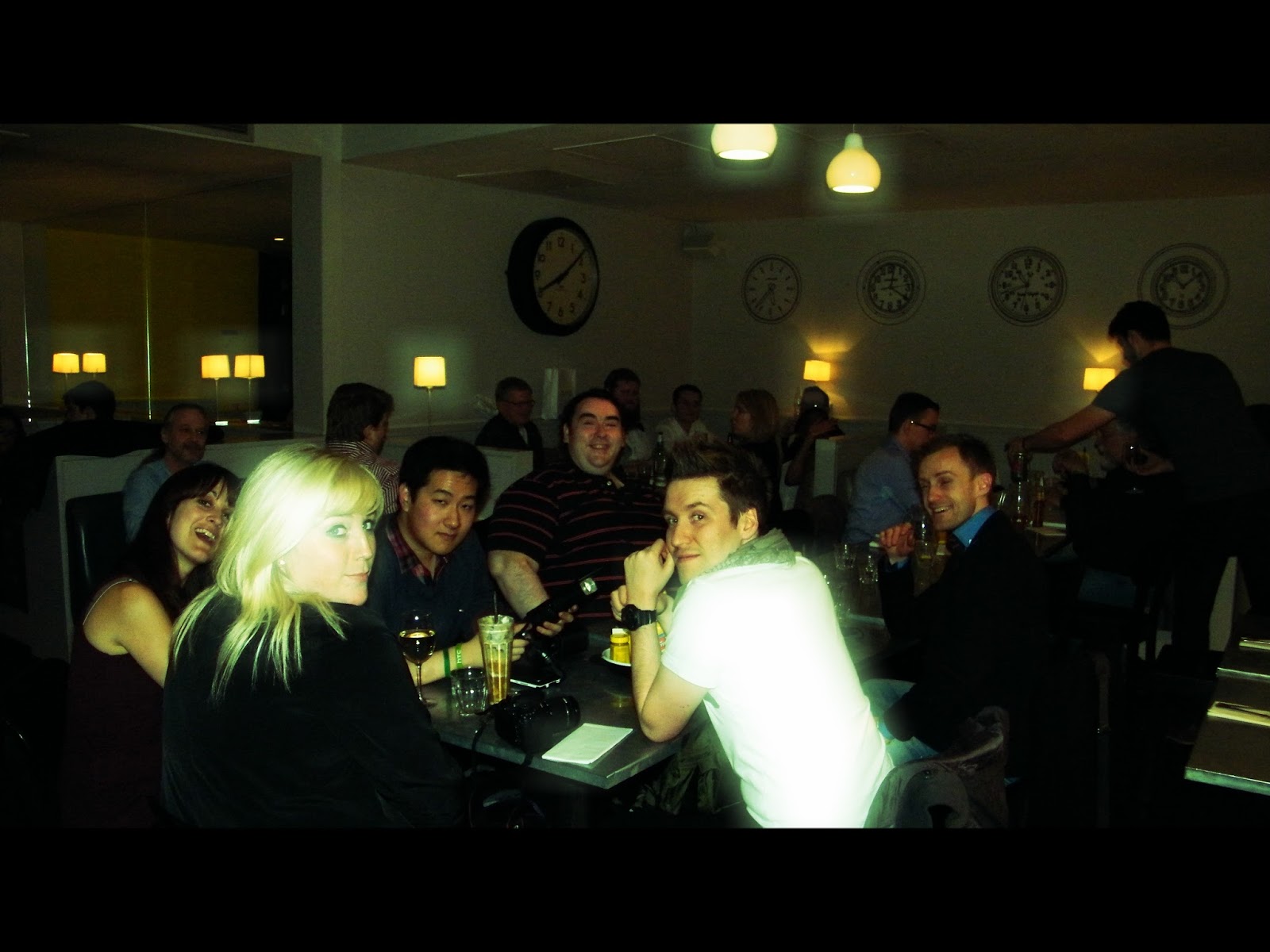 After the event, we all gathered and walked to a Byron's Burger bar about 15 minutes' walk away, where HTC treated us to burgers and beers for a good few hours. We spent all of this time laughing, joking and discussing the new stuff we'd seen; this to all of us is an extremely exciting device. It looks fantastic in the hand, it's slick, fast and easy to use, and the features under the facade are absolutely brilliant. If you have even half a chance of buying one, do it - you will not be disappointed. 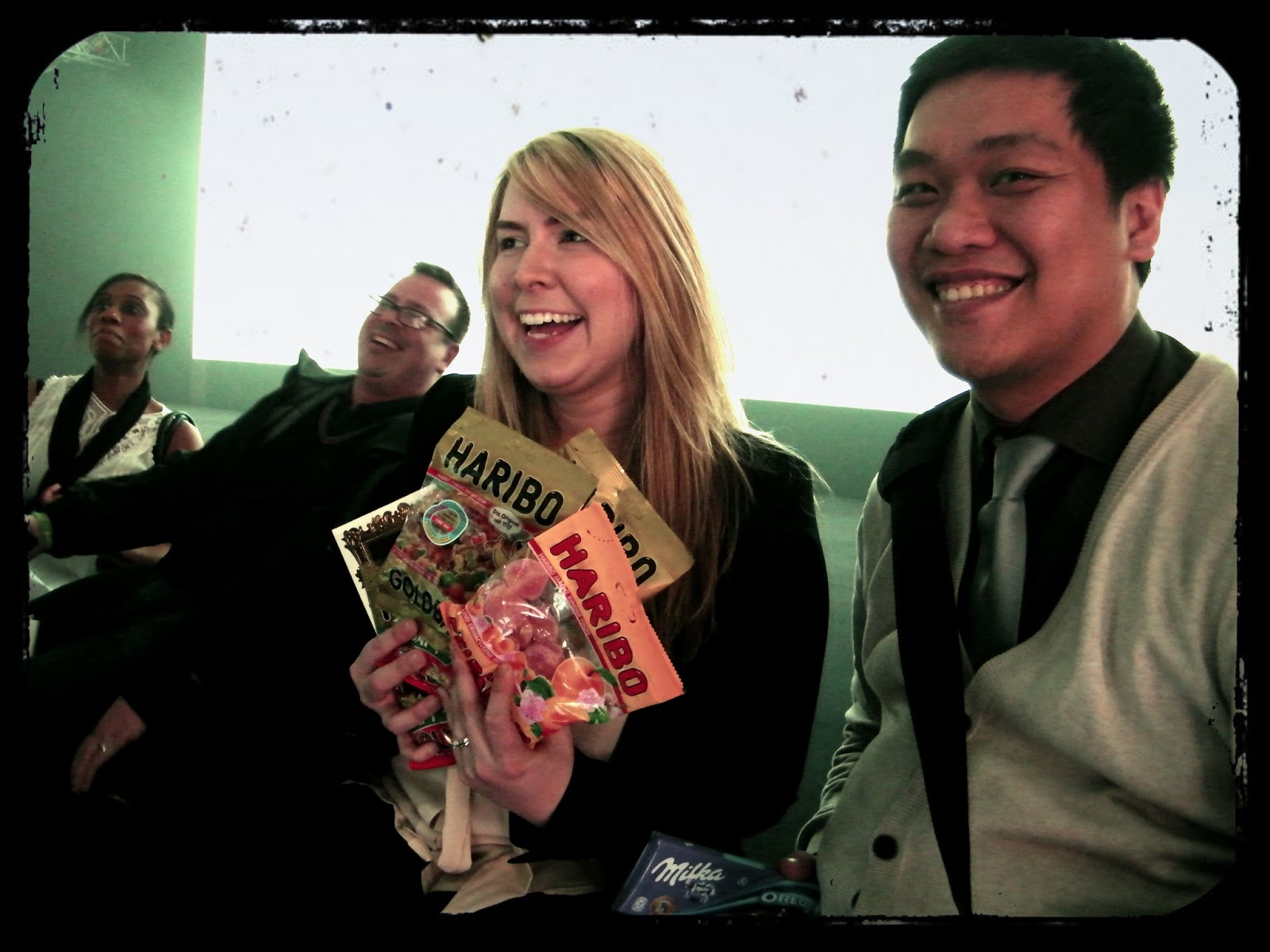 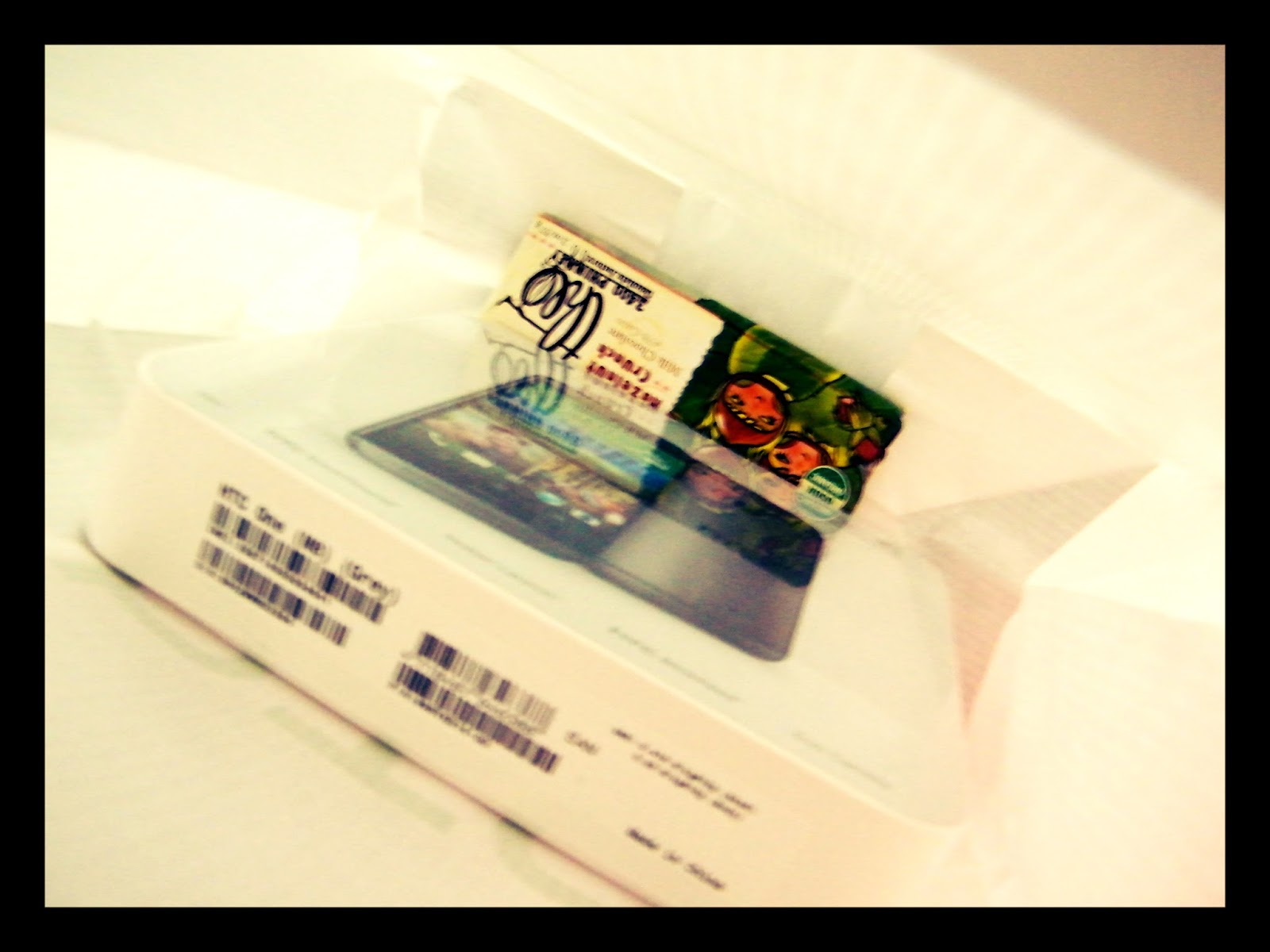 Author: Stonelaughter
Email ThisBlogThis!Share to TwitterShare to FacebookShare to Pinterest